Jukebox Bingo Brings A New Twist To A Classic Game 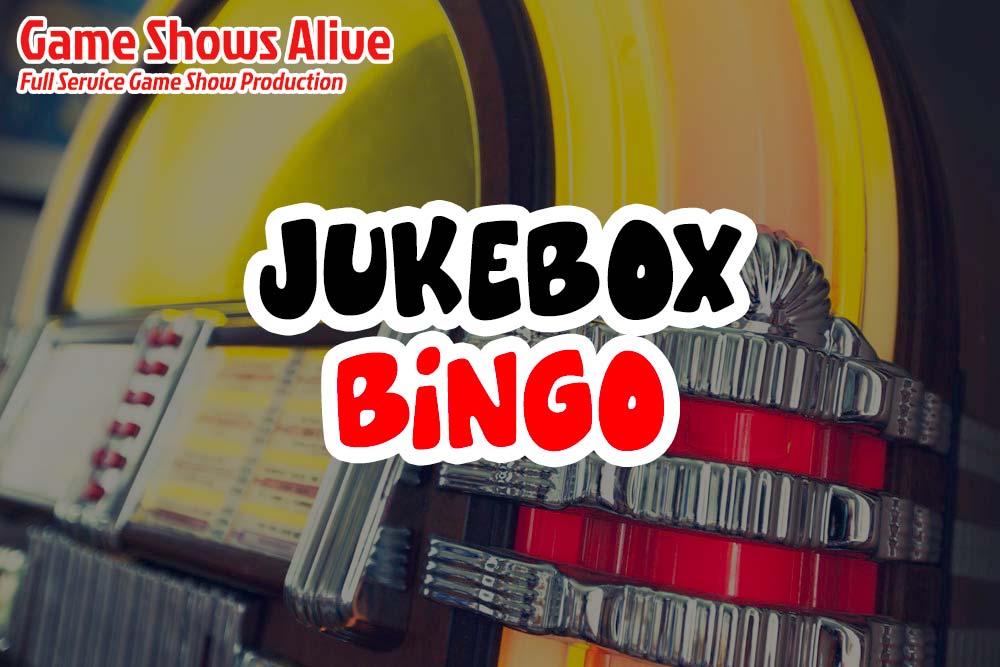 We at Game Shows Alive know how fantastic our games are, and how much fun they add to events, but many of you reading this may still be skeptical. Here is a wonderful story written by someone who actually attended an event where he got to play Jukebox Bingo – straight from the horse’s mouth.

What’s the first thing that comes to mind when you think about bingo? In my case it’s a retirement village. Yes, admittedly bingo has been around for a long time (since roughly 1929), and in standard format has been known as one of the tamer games around.

In normal Bingo, a player has a card with the numbers 1 to 75. The host calls out random numbers in this range until a player in the audience manages to fill a row or diagonal on the card. At which point the member calls out, “Bingo” and the host verifies the card. Rather unimaginative, wouldn’t you say?

My perspective changed radically with the introduction of Jukebox Bingo by Game Shows Alive. They’ve breathed new life into Bingo. What they did was to re-cast the game by using audio-visuals. This makes it a lot more challenging than just finding numbers on a card.

They way that they do this is by predominantly using music. A song is played to the audience, without being named. The audience then has to guess the name and see if it matches one on their bingo card. If they don’t know the song, they obviously can’t mark it on their card, and the chance of success is reduced. To avoid this, collaboration is allowed between guests. Jukebox Bingo makes the game a lot more difficult, since music varies from generation to generation. For example, while you might not be familiar with, “In The Mood” by Glen Miller from the 1930’s (if you like Jazz or Swing, look this up), the chances of you knowing the familiar opening to, “Another Brick in the Wall,” by Pink Floyd are good.

Game Shows Alive will personalize your Bingo experience to your audience. If you are holding an end-of-year staff party for example and your staff are predominantly young employees, music from the 90’s and 00’s will be used. Alternatively, if it is exclusively senior staff, the tracks will be more heavily weighted to the 70’s and 80’s. You can tailor it further by specifying your playlists or also using videos as well as songs. You can even use the latest hit parade.

Since this turns Bingo from an isolated game into a collaborative environment, it tends to make the game into an inclusive space that can draw your staff together, as they share their knowledge and ideas without prejudice. Most of the time people have a specific genre of music that they subscribe to as opposed to liking everything, for example, I don’t really like rap music, but am an ardent follower of the pop genre. When you combine the diverse people from the workspace, so you also combine the knowledge of these genres, and the game can help you explore avenues of music that you never knew existed!

As I mentioned earlier, normal bingo can be rather dull, but throughout the history of the game, it has been modified very successfully to teach foreign languages, basic numeracy and even spelling. What Jukebox Bingo does is to bring your staff together, help their creative thinking skills, and encourage team spirit. So, what are you waiting for? With Game Shows Alive you can turn your staff function into a challenging space that improves your business performance all while your staff are having the time of their lives.